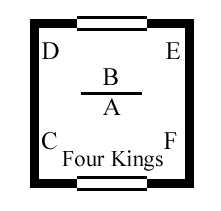 Most temples have a hall (either right in front, or next after the Mountain Gate) called the Hall of the Four Heavenly Kings, or Si Da Tian Wang Dian (四大天王殿), or sometimes just Tian Wang Dian (天王殿).

Typically, you'll find the following:
(Note: These are sometimes in slightly different arrangements; and Vaisravana is sometimes holding a pagoda, for wealth, instead of an umbrella.)

You can see each of these on his own page.

There is, however, a nice little story about Mile Pusa and Weituo. It seems that some bad men had learned of Mile's generosity, and had taken advantage of him until his temple was nearly in ruins. So The Buddha sent Weituo down to recover the lost items, and to protect the temple thereafter. That's why, in most temples, as you enter you can see Mile saying "Come in, relax," and as you leave, Weituo is eyeing you and muttering "Better not take anything..." 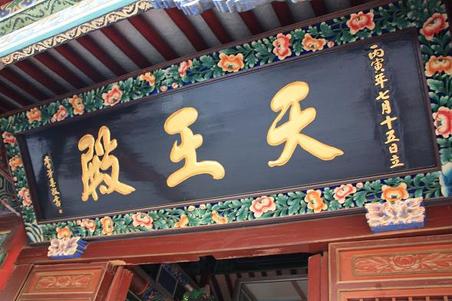